WRESTLING RUMORS: WWE And AEW May Be Getting Into A Bidding War Soon

Is he next? AEW has a heck of a roster, with a fine mixture of legends, up and coming talent and rookies who are getting their first break. That kind of a mixture can offer a lot of different possibilities but at some point you need to bring in someone new. Those wrestlers could come from anywhere, with the independent scene being a prime target. We might be ready to see someone new show up in a few months.

According to Bodyslam.net, Mance Warner will be a free agent in January 2022. There has been interest in Warner from both WWE and AEW, the latter of which brought Warner in for visits at multiple shows last year. There is no word on where Warner will sign, as he has not been allowed to enter formal negotiations due to his current contract. Warner is currently under contract with Major League Wrestling but has not wrestled for them since March of 2020, instead wrestling on the independent circuit.

Warner will get your attention. Check out what he can do in the ring: 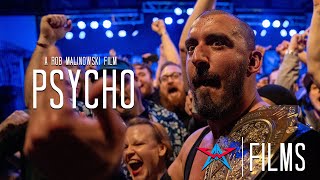 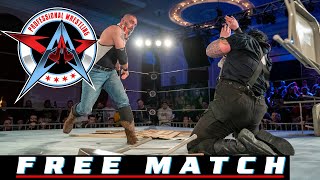 Opinion: I’ve always been something of a Warner fan as he can have a good match with a lot of different opponents, but ultimately he has all kinds of charisma. I’m not sure if I ever need to see another of his death matches, but there is a certain talent there which could be brought out even more under the right kind of guidance. You don’t see that every day and it would be nice to see on the bigger stage.

What do you think of Warner? Where will he sign? Let us know in the comments below.

AEW’s Entire Full Gear Card May Have Been Spoiled 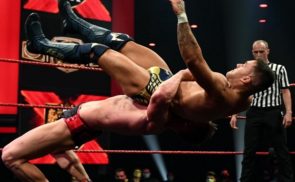