It’s a new way to go. We are wrapping up the year and that means it is time to get ready for a bunch of new things. That includes setting up the Road to WrestleMania 38, as we have the biggest matches and storylines coming up in the near future. WWE should know where they are going on the way there, and now it seems that we are getting an idea of where one of the major matches is heading.

According to Wrestlingnews.co, WWE has changed its live event lineups to feature Drew McIntyre facing the winner of the Day One Universal Title match between Roman Reigns and Brock Lesnar. This is a change from the previous matches between the Bloodline and McIntyre/New Day. While not confirmed, this could suggest that McIntyre is in line for the upcoming Royal Rumble title shot.

That could be a big one. Check out what McIntyre can do at the top of the card:

Opinion: Works for me, as McIntyre is one of the more well rounded stars in all of WWE. There are only so many people who can be a realistic challenge to Reigns or Lesnar and McIntyre would fit the billing. I’m not sure who that would go, but there is a story to set up there if WWE chooses to go in that direction. Hopefully they have something good, as the shows could use it at the moment. 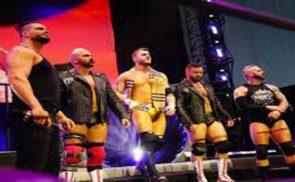