He’s up next. It has been a long time since WWE fans have seen anything like Roman Reigns’ current World Title reign. After almost two and a half years as the Universal Champion, the question becomes who could possibly take the title from Reigns. It is going to take an incredible effort, and now we might have a better idea of who is coming after the title next.

IN CASE YOU MISSED IT: On The Clock? WWE Reportedly Considering Plans For Next Draft

According to Wrestlingnews.co, the current penciled in plan for the Royal Rumble calls for Kevin Owens to challenge Reigns for the Undisputed WWE Universal Title. Owens and Reigns had a showdown during the men’s WarGames Match at Survivor Series, with Owens having Reigns pinned until Sami Zayn made a save. Sheamus had originally been considered for the title shot but the Owens shot is planned to set up Owens and Zayn challenging the Usos for the Tag Team Titles at WrestleMania 39 in April 2023. Note that Owens challenging Reigns has not been announced and has not been set in stone behind the scenes so far.

Owens and Reigns have a history. Check out what the two have done before: 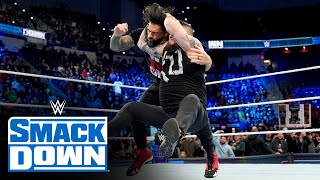 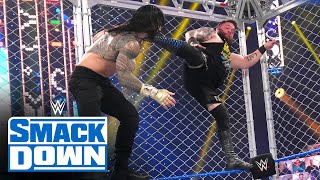 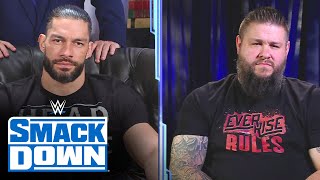 Opinion: This makes a lot of sense coming out of the Royal Rumble as Owens is hot right not, especially given how the match ended. Owens/Zayn teaming up again to take on the Usos would make all the sense in the world and if that is the direction they are taking, I could certainly go for some more of what WWE is planning. Either way, Owens getting the shot again makes sense right now, and it should make for a heck of a match.

On The Clock? WWE Reportedly Considering Plans For Next Draft