Once more, with feeling! Wrestling is perhaps the most unique form of entertainment in the world. It is a mixture of comedy, drama, romance, action and more, all taking place (usually) in front of a live crowd night after night, making it a cross between a movie, Broadway and a soap opera. It covers all facets of performances, so why not make part of it a musical as well?

There are a lot of wrestlers in the history of the sport and some of them are people you might not have heard much about. One such name is Ivan Koloff, who is most famous for ending Bruno Sammartino’s legendary WWWF Title reign. There was a good bit more to his career though, and now that career will be remembered as so many other wrestling careers are: in song.

Ton-Up Inc. has announced that Rockquiem For A Wrestler, a musical inspired by Koloff’s life, will be undergoing an elevated second reading at the Triad Theater in New York City on June 27. The play’s first act was originally read at the same theater in March 2019 but has since been expanded to include a second act. The performance will be aired live on the theater’s Twitch channel.

The play looks like it could be rather fun. Check out a look at its creation:

Opinion: I mean…why not? This is the kind of thing that sounds completely absurd and that’s because it pretty much is. However, that’s not a bad thing in the slightest and it could be a lot of fun if it is given the chance to see how wacky wrestling can be. I’m looking forward to something like this and hopefully we get the kind of in-depth performance that could make for a great time.

How does this kind of a show sound? Which other wrestler should get such treatment? Let us know in the comments below. 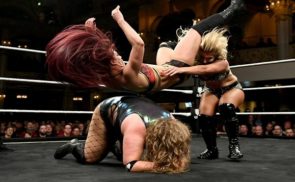