Please don’t let him get me. In theory, wrestlers are supposed to be fairly tough. They are often bigger, stronger and more muscular than the average person, but they also have a certain aura about them that makes them more intimidating. Some wrestlers have a much stronger reputation than others and the one with perhaps the biggest reputation of all time made a cameo this week.

Former WWE/WCW star King Haku, also known as Meng, appeared on this week’s edition of AEW Dynamite. Haku was in the corner of his son Hikuleo as he challenged Lance Archer for the IWGP United States Title in a losing effort. During the match, Haku applied his signature Tongan Death Grip to Archer. Haku retired from active competition in 2003 but he has made various cameos since, including wrestling in New Japan, where Hikuleo and Haku’s other sons, Tama Tonga and Tonga Loa (the Guerrillas of Destiny) also wrestle.

Haku began wrestling in 1978 and spent the majority of his career in the WWF as Haku and WCW as Meng. He wrestled as both a singles and tag team wrestler but his only championships were a single reign each as one half of the WWF World Tag Team Champions (with Andre the Giant) and as the WCW Hardcore Champion. Haku is also known as being one of the toughest wrestlers outside of the ring, including stories of brutally beating fans who picked fights.

The man has a reputation for a reason. Check out some of Haku’s exploits: 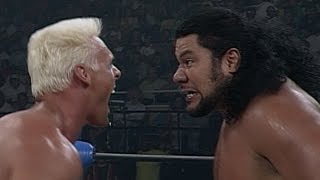 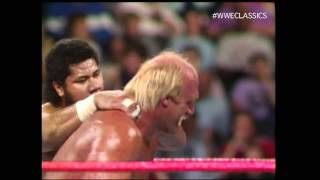 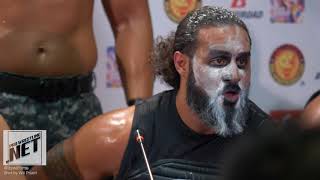 Opinion: This is one of those cameos that works because Haku has a reputation that has lasted for decades now. I doubt he is going to show up again very often in the future, but just having him show up will get some extra attention on his son. Haku really is one of those guys who can pop up every now and then and feel important, so well done on bringing him in for a one off appearance.

What do you think of Haku? Who is your favorite “tough” wrestler? Let us know in the comments below.