Things are starting to change. If you have been watching any kind of news as of late, you have probably heard about the Coronavirus, which has been spreading around the world at a rapid pace. Several countries have been trying to fight against the disease but their efforts are only working slowly. It turns out that the spread of the disease is affecting the wrestling world as well.

The Coronavirus emerged from China and the country has had far more cases than anywhere else. As a result, other countries nearby have been especially worried about the disease spreading and are taking measures to protect themselves. This includes Japan, which has quite the strong wrestling industry of its own. That industry is taking a bit of a hit due to the virus though.

New Japan Pro Wrestling has announced that they are canceling all live events from March 1 – March 15 due to the spread of the Coronavirus. As a result, eleven live events will be canceled and there is no word on if any more will be canceled after March 15. The main events canceled will be part of the 2020 New Japan Cup, plus a special anniversary event. It is not clear if the events will be rescheduled for a later date.

The New Japan Cup is a big deal. Check out some looks at previous and the current events:

Opinion: I’m not sure if this is going to be the start of a trend but it is not looking good so far. Losing some wrestling events pales in comparison to people getting sick or even dying, but it shows how things are changing in different aspects of our lives. Hopefully it doesn’t get much worse, though you never know how it is going to go. Maybe it can get better and we won’t lose anything else in the wrestling world.

What do you think of New Japan? What will become of the New Japan Cup? Let us know in the comments below. 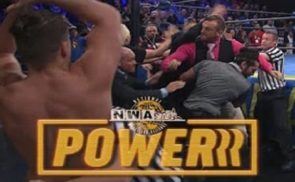 VIDEO: It’s Just What He Does: Ric Flair Cuts Fired Up Promo Before Big NBA Game