We haven’t had a change in about five minutes. WrestleMania 36 has become one of the most fascinating shows WWE has ever promoted because it’s harder to pin down than Jello on a wall. It has moved time after time now and while the card is still being built up on WWE television, it isn’t entirely clear how things are going to go. Now, we might have another wrinkle in the setup.

On Wednesday, news broke that WrestleMania 36 will take place over the course of two nights, with half of the show taking place on Saturday April 4 and Sunday April 5 each. The idea seemed to be to make sure that there would not be too many wrestlers at the Performance Center at any given time as to comply with recommendations from the Center for Disease Control. It turns out that WWE might have another idea for how to live up to those rules.

According to PWInsider.com and ESPN’s Marc Raimondi, WrestleMania 36 will take place in multiple locations, which will all be in different closed locations. This will allow the company to meet requirements of not having too many people in one place. It could also allow the company to tape some matches in advance, should they not be allowed to have everyone available on back to back nights. At the moment there is no word on where the other locations will be, though Titan Towers in Stamford, Connecticut and the 3-D suite in the Performance Center are possibilities.

The two-night WrestleMania will not only take place at the WWE Performance Center, but also multiple other locations, per WWE. All will be closed sets with only essential personnel.

WrestleMania has been held in multiple places before. Check out how they did it before:

Opinion: I’m not sure what to think of this but I haven’t been sure of much of anything related to this show. They have a lot of problems to get around and while this show feels like it has been thrown together from several different angles, this is about as good of an ideas as they may have available at the moment. I’ll take what I can get from WrestleMania, as long as things are back to normal next year.

Do you like this idea? What would you have done in this situation? Let us know in the comments below. 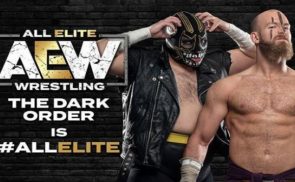 Former Champion Revealed As Exalted One of The Dark Order 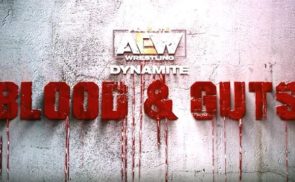