It’s Worth A Shot: WWE Is Trying To Keep Matt Hardy With A Special Proposition

That’s one way to go. The wrestling world has changed a lot in recent years. With so many things moving around, it is almost impossible to figure out where things are going to be going in the near future. Sometimes wrestlers are going to be moving from one company to another, but one rather well known name might not be going anywhere, despite his contract expiring in less than a week.

Matt Hardy has one of the longest and most successful resumes of anyone in WWE today. He has been around for over twenty five years and is still a popular name who can do a lot of things in the wrestling business. That might not be in WWE though, as his contract expires on Sunday March 1. WWE is trying to keep him around though, and they are doing it with a unique offer.

According to PW Insider Elite Audio, WWE is trying to get Hardy to sign a new contract with the company, with an offer to have him work backstage in NXT. There is no word on if that would mean the end of Hardy’s in-ring career. Hardy was written off of WWE television last week on Monday Night Raw when Randy Orton crushed his head against the steel steps with a chair.

There are some better ones. Let’s look at some of Hardy’s good times:

Opinion: WWE would be smart to try and keep Hardy around and putting him down in NXT as a coach would be a smart move. He has been around for a long time and is respected among younger wrestlers, so seeing what kind of ideas he can throw out there is a worthwhile move. Hardy is not going to be in the ring much longer, so a coaching job like this could be a great spot for him.

Do you think Hardy would fit well in NXT? Where do you think he will sign? Let us know in the comments below. 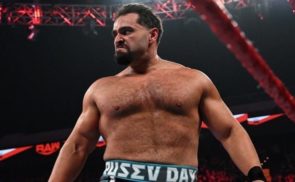 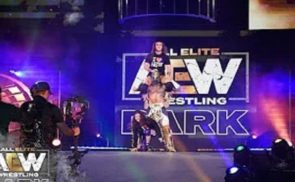