This Week’s SmackDown Was In Chaos Backstage

Sounds like a normal night. WWE has produced both Monday Night Raw and SmackDown for over twenty years each, with the former being closer to thirty at this point. That is an incredible run for both shows and it gives WWE more experience running television than they know what to do with over the years. However, it does not mean everything is perfect and that was on display this week.

This week’s edition of SmackDown was the go home show for Hell In A Cell but it also had some things of its own going on. In addition to the matches, the big segment of the show was Law & Otis, which featured Otis’ day in court over his Money in the Bank briefcase. The segment ran over multiple sections of the show and ended with a match being set up for the pay per view. This was the biggest part of the show, and that was not a good thing.

According to the Wrestling Observer Newsletter, the court segment was receiving by far the most attention during the show’s writing process, to the point where no matches were announced for the show as it went on the air. Triple H was brought in to help put together the show, which was also the case for last week’s edition. There is no word on why the court segment received so much focus compared to everything else on the show.

This is what got the focus. Check out the court segment in two parts:

Opinion: I’m not sure I get this one either, though given the stories that you hear about the process to get Monday Night Raw and SmackDown together, it isn’t the most surprising. The shows feel chaotic more often than not and focusing on a segment which was only so funny in the first place is hardly out of the ordinary. I really don’t get it, but that has been the case a lot lately in WWE.

What did you think of the segment? Did it get too much time? Let us know in the comments below. 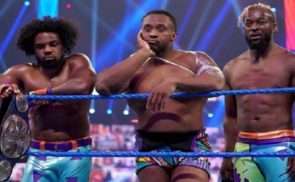 Interesting Detail On New Day Being Split Up 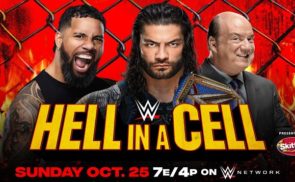 Hell In A Cell 2020 Preview, Predictions And Thoughts