Sayonara? One of the bigger questions as of late is how many people will be leaving WWE in the near or far future. A lot of people seem to want out of the company, but at the same time there are very few who seem likely to actually go. One of them who seems destined to leave and go back to his home country is Hideo Itami, and now we have what seems to be a little more proof.

This may be it. Check out what seems to be Itami’s farewell:

In a new episode of a web series called #205Life, Itami talks about struggling in WWE since he debuted there a few years back. At the end of the video, Itami is seen hugging Arn Anderson, Shinsuke Nakamura and Asuka in what seems to be a goodbye. Itami has been rumored to be done with the company and wanting to go back to Japan, where he had great success under the name of Kenta.

Opinion: I don’t think it’s any secret that Itami hasn’t been the biggest star in the world since he debuted in WWE. His style doesn’t work very well in the company as his size and promo abilities aren’t the strongest. Various injuries have held him back as well as he was out for over a year due to a shoulder injury alone. Maybe he’ll be better back in Japan and if that’s the case, I wish him luck.

What did you think of Itami’s time in WWE? Will he have more success back in Japan? Let us know in the comments below. 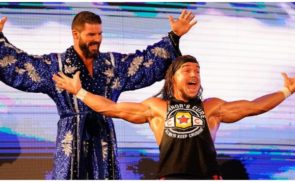 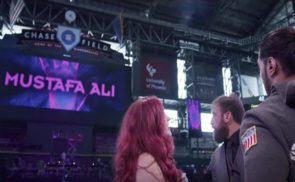