WATCH: WWE Says Goodbye To 2020 Like We All Want To

I think we all need it. There is a nearly universal consensus that 2020 has been a terrible year. It has even become a running joke that 2020 cannot come to an end soon enough. We are now less than a year away and while there is no guarantee that things could get better next year, it is almost impossible to imagine them being that much worse. WWE is looking forward to the change as well and have gotten in on the idea.

This has been a rather rough year for WWE as well, with the biggest problem involving the Coronavirus pandemic. The company has had to change all kinds of plans due to everything going on, including sticking around Florida for about nine months. That is the kind of thing that you cannot expect and it is understandable that frustration has set in. Now WWE is venting some frustration

This sounds very nice. Check out WWE’s farewell to 2020:

WWE has released a video showing various wrestlers beating up the year 2020, including Drew McIntyre, Randy Orton, Ricochet, Rey Mysterio and more. The year 2020 is represented by a computer generated green monster and voiced by Braun Strowman. At the end, 2020 tries to get up again but the year 2021 comes in to finish it off once and for all.

Opinion: There was an old statement that explained what made Steve Austin work so well: who hasn’t wanted to beat up their boss? Or in this case, who hasn’t wanted to beat up this year alone? 2020 has not gone well for a lot of people and I’m sure several are wanting to leave it behind once and for all. It’s nice to see WWE getting in on the idea a little bit and this was a fun way to do so.

What did you think of the video? What has been the best part of WWE in 2020? Let us know in the comments below. 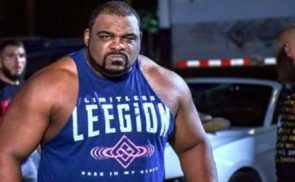 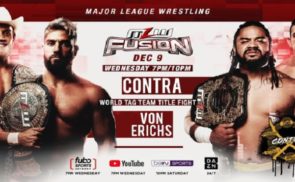