He’s right listening to. There are certain retired wrestlers who never quite get away from the industry. Many of them have something to say about the goings on in the wrestling world and some of them can be quite fascinating. They have the history and knowledge to offer some great takes and that is the case again, as a certain legend has some interesting thoughts on a popular wrestling topic.

WWE Hall of Famer Mick Foley released a video on Facebook which he called “WWE, We’ve Got A Problem.” In the video, Foley speaks on why he feels AEW is becoming a problem for WWE, which he believes is due to how WWE talent is treated. Foley talks about how WWE either changes too many things about developmental talent on their way to the main roster, such as with Karrion Kross, or just drops them entirely. He concludes by saying that if he was in the prime of his career, he is not sure if he would sign with WWE.

This is quite the take. Check out the full video, plus Foley’s (full time) WWE debut and how AEW handles a debut: 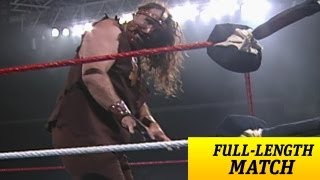 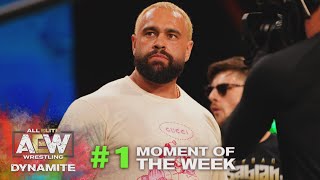 Opinion: Foley is absolutely onto something here. WWE is going to get some major stars because they are WWE, but look at the people moving from one side to the other. AEW is going a lot of things right at the moment and there is nothing to suggest that they are going to be slowing down. On the other hand, WWE has taken someone like Kross, pulled everything that made him work, and given him a funny looking costume. They had something that worked for him in NXT and now it’s gone. Would you trust them?

Is Foley right? What does AEW do better than WWE? Let us know in the comments below.