WATCH: We Have Most Of A WarGames Match

That would be a big one. We are on the way to the next big NXT event with WarGames on December 5. While it is not a Takeover event, it seems it will be having all makings of one of them. This includes theshow’s namesake match, which could make for some interesting changes. The NXT roster has been decimated by changes and injuries but now we might know something big on the horizon.

This week’s NXT featured a main event of Dakota Kai vs. Raquel Gonzalez. When Gonzalez seemed to have the match won, Toxic Attraction interfered to cause the disqualification. This led to the injured Zoey Stark and Io Shirai making the save. After the ring was cleared, Shirai issued the challenge for a WarGames match, though it has yet to be made official. There is no word on who would team with Shirai and Gonzalez.

This was a big moment. Check out the brawl plus what WarGames looks like: 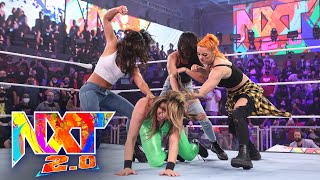 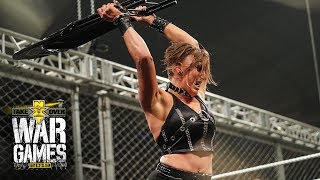 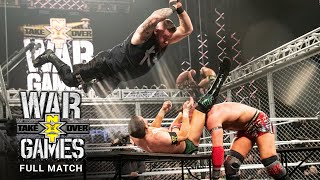 Opinion: This could be interesting, but it could also be quite the mess. Toxic Attraction has been the focal point of the division but going from where they are now to WarGames might be quite the stretch. At the same time, I could see Kacy Catanzaro and Kayden Carter joining Shirai and Gonzalez, as it isn’t like there are many other options. Either way, this is going to be something, though I’m not sure how well it is going ot go.

What do you think of the idea? Who do you see in the match? Let us know in the comments below. 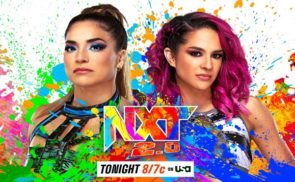