That’s some star power. Wrestlers are in a weird place when it comes to celebrity status. While they are known for appearing on national television, they are still going to be viewed as wrestlers. That does not leave them with a wide variety of options available in mainstream appearances, though they do happen occasionally. It took place again this week, with quite the theme situation.

Monday Night Raw’s Seth Rollins appeared on the Tonight Show during the Audience Suggestion Box segment. The suggested asked for a combination of WWE and St. Patrick’s Day, which led to Rollins hitting the Stomp on a leprechaun. Rollins did not speak during the segment but was introduced by name and did his full entrance, complete with his theme music playing.

It does kind of fit. Check out how Rollins did on the show:

Opinion: This is the kind of thing that you do not get to see very often but it is something pretty cool. If nothing else it gives WWE some publicity on the way to WrestleMania, which is always a good idea. Granted Rollins does not exactly have anything to do at WrestleMania at the moment, but at least he is getting to do something to help build the show up.

What do you think of the appearance? What will Rollins do at WrestleMania? Let us know in the comments below. 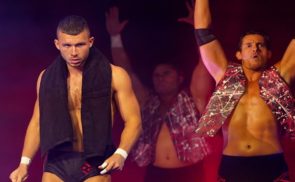 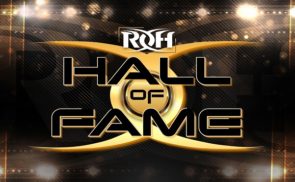