He knows his stuff. There are very few people in the history of wrestling as controversial as Vince McMahon. While he is the most successful and influential names in the industry, McMahon is certainly not without his faults. There have been several instances where he makes some questionable decisions, but he still does know what he is talking about at times. That was on display with one of his biggest stars.

Ronda Rousey made her WWE return at the 2022 Royal Rumble, winning the women’s edition of the show’s namesake match. Rousey has released a video on her YouTube page talking about her return, which comes after her first run with the company was not well received by fans. During her return, McMahon told her to smile more, because even if she had not forgiven the fans, they had forgiven her, and the show is ultimately about the fans. Rousey said that it was a great point, as she had forgotten that the point of the show was to entertain the fans.

There is a lot here. Check out the full video: 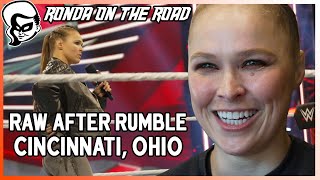 Opinion: This is the kind of thing that McMahon can do best. He might have lost some of his creative juices, but he still knows those ideas and words that can open up so many things for his wrestlers. Rousey needed to hear this and McMahon knew that, which is a lot more than some people would be able to understand. It is something that came from the right source at the right time and that is where McMahon is excellent.

What do you think of McMahon’s comments? How will Rousey do in her second WWE run? Let us know in the comments below.