He walks again. This week’s Monday Night Raw and SmackDown Live both took place in Madison Square Garden, instantly making them more important than your run of the mill shows. You can tell that WWE cares just as much as anyone else and made sure to stack both shows. This included a major legend appearing on both nights, but what did the SmackDown Live legend do?

This week on SmackDown Live, the Undertaker appeared to open the show and talka bout how important Madison Square Garden was to WWE. He was interrupted by Sami Zayn, who asked for Undertaker to leave so that the new generation could take over. Undertaker teased leaving and then came back to chokeslam Zayn. This came during the same week as Zayn suggested getting rid of Undertaker once and for all. 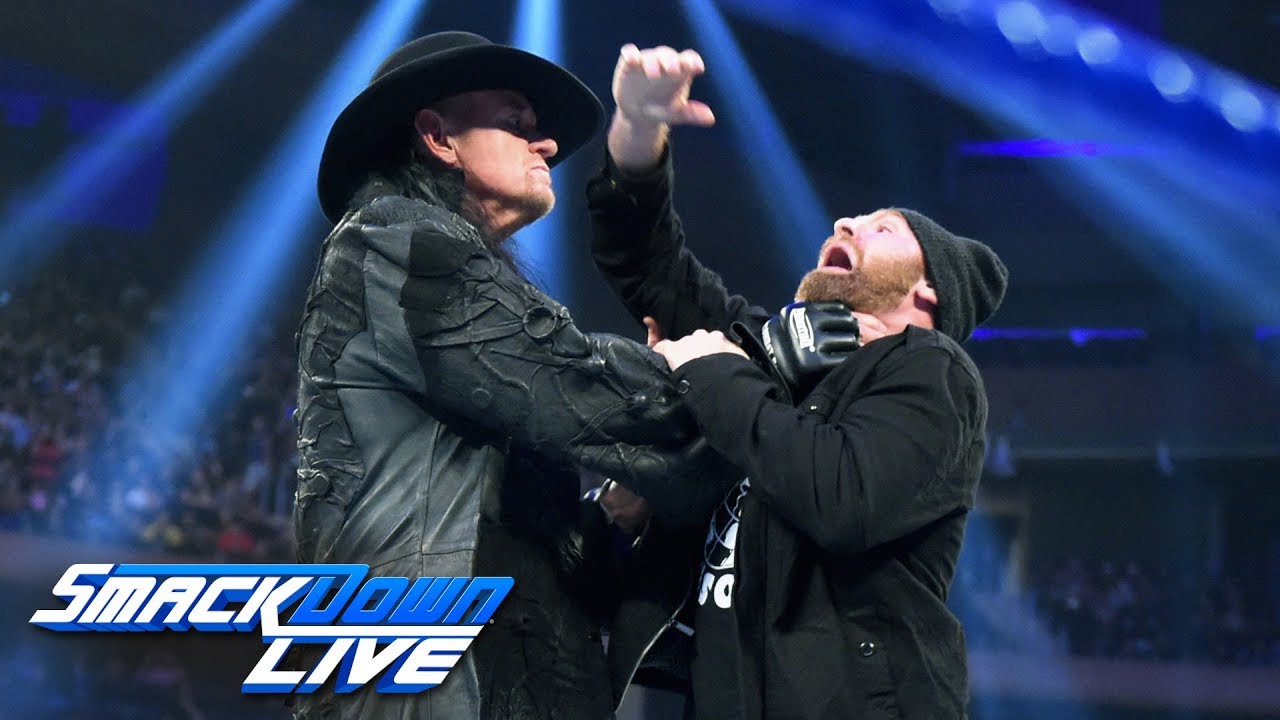 Opinion: Undertaker is one of those people who can show up at any time and still look impressive with a single chokeslam or Tombstone. That is what he did here and it made Undertaker look good in the process. It wasn’t something that meant anything long term and Zayn is such a loudmouth that it is nice to see him get beaten down every now and then.

What did you think of the segment? When will Undertaker wrestle again? Let us know in the comments below.