It’s true. Kurt Angle is headlining the 2017 Class of the WWE Hall of Fame and that means a lot of people are going to be looking back at his career. This includes WWE, who has looked at something other than just his in-ring work. In addition to being a great worker, Angle was also hilarious and that’s what WWE has decided to celebrate.

WWE has released a video of Angle’s top ten funniest moments, including such gems as the milk truck and various imitations of other wrestlers who he just happened to be feuding with at the time.

Opinion: Angle is one of the funniest performers I can ever remember. A lot of that is due to how legitimate of a worker he was and it made his comedy work that much better. Just watch his original run in the WWF and try not to laugh when he’s being such a goon in all of his comedy stuff. It’s almost impossible not to crack up. 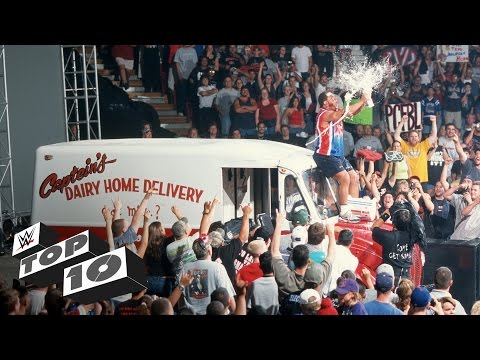 What is your favorite Angle comedy moments? Was he a better performer or in-ring wrestler? Let us know in the comments below. 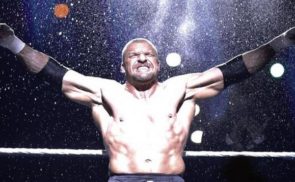 Watch: Triple H Returns to the Ring at House Show 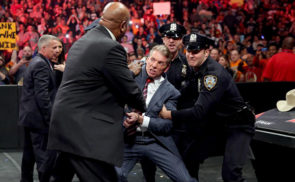