I remember him. There are certain wrestlers who have been around the industry for what feels like forever. Many of them either work behind the scenes or continue to work in wrestling in some capacity after their in-ring careers are other. These people are lifers in wrestling and you will see them pop up every so often. That has happened again with a wrestler you do not see often in WWE.

IN CASE YOU MISSED IT: Something Positive: Excellent News On The Recovery Of Jay Briscoes’ Daughters

Karrion Kross has posted a new video to his YouTube page, showing him speaking with wrestling legend Kevin Sullivan. In the video, Sullivan is playing a priest and, as revealed in the end of the video, something else entirely. Kross attempts to get Sullivan to help him with a ritual but Sullivan says he is worried about Kross going down the wrong path. There is no word on if Sullivan will appear in WWE or if this will be part of a storyline. It is the first video uploaded to Kross’ channel in six months.

This is different. Check out the video, plus some of Kross’ time in WWE: 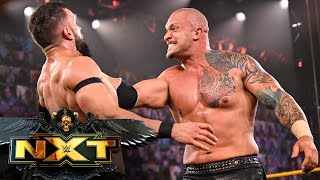 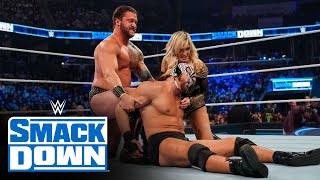 Opinion: That’s not something I saw coming, but it is certainly intriguing. Sullivan is one of the better talkers you can find on the open market at the moment and his mere presence is enough to make things more interesting. I’m not sure I can imagine Sullivan making an appearance in WWE or the video ever being referenced, but it is nice for a little something of a bonus for Kross.

What do you think of the video? How should Kross be used in WWE? Let us know in the comments below. 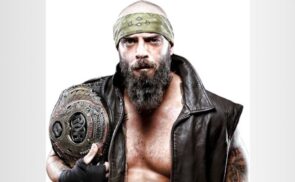 Something Positive: Excellent News On The Recovery Of Jay Briscoes’ Daughters