There’s your weekly cameo. As hard as it might be to believe, AEW has not been around for very long. The company was announced just after midnight on January 1, 2019 and their first event was held in May of that year. Their weekly television show is less than six months old and yet somehow AEW has become one of the biggest wrestling companies in the world. They still need some boosts though and that can come from legends making appearances.

Wrestling is a sport that can be built on the past. When a former wrestler shows up, they carry a certain amount of influence with them and that is the kind of thing that can make current stars feel more important. Some of them are better than others and when you get a great one involved, it’s going to help things a lot. That seemed to have been the case on Wednesday.

This week on AEW Dynamite, Jake Roberts made a surprise appearance to speak with Cody. During the segment, Roberts talked about how he was bringing an unnamed client to AEW to face Cody. The segment had started with Cody calling out Maxwell Jacob Friendman but got Roberts instead. Roberts had previously appeared at All Out to introduce the Women’s Casino Battle Royal. There is no word on who Roberts’ client is.

It was a heck of a promo. Check out Roberts doing what he does best:

Do you like Roberts showing up? Who do you think his client is? Let us know in the comments below. 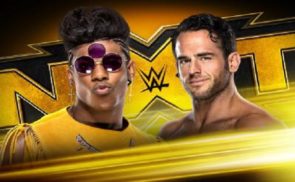