He’s as shocked as we are. We are less than six days away from AEW’s second major pay per view event as they present All Out on August 31. The show is pretty highly anticipated and that means the card is almost entirely set. That has been the case for a very long time now, but that doesn’t mean things can’t be changed. One such match has changed, and a star just found out about it.

AEW has released a video on its Facebook page showing Kenny Omega being told that Jon Moxley was unable to wrestle at All Out. Moxley, who was scheduled to face Omega at the pay per view, is out of action due to a staph infection, though he should be back in action in time for the weekly AEW show on TNT, which debuts on October 2. Moxley has already been replaced by Pac.
So that’s not happening. Check out Omega’s reaction to the news:

Opinion: This is a big blow to the show as Moxley is one of the biggest stars that AEW has to offer. Omega vs. Moxley has been set up for a few months now and there is a reason that it feels like such an important match. Hopefully the match can take place at some point in the future as it is certainly something worth seeing. We’ll get Omega vs. Pac though and that should be quite good as well.

Which match sounds better? When will we see Moxley vs. Omega? Let us know in the comments below. 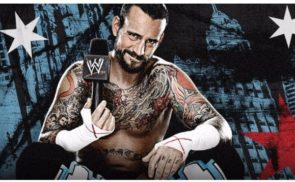