There’s your other cameo. There are a lot of wrestlers in the world and it is not clear who is going to pop up where. AEW has offered a lot of wrestlers a new big place to go and it opens several doors for those wrestlers to show up later. Some of them might be in some bigger spots than others, but any foot in the door is better than nothing. One of those small cameos took place this week.

The rise of Britt Baker has been one of the most entertaining things to take place in AEW so far. She has gone from the all American star to someone who brags about hew dental degree and how she wants to be a role model. Her segments have been some of the best going in the company and the latest even included someone who you may have seen in another promotion.

During this week’s Dynamite, former Impact Wrestling Knockout Rebel made an appearance as Baker’s makeup assistant. Baker incorrectly referred to her Reba over and over, even after Rebel corrected her. The segment ended with Baker giving more tips on how to be a role model. Rebel wrestled with Impact Wrestling from 2013 – 2016, while making a few one off appearances in 2018. She also appeared on the January 23, 2019 NXT in a tag match.

It was a surprise. Check out Rebel on Dynamite plus Impact Wrestling:

Opinion: This is a surprising one and I wouldn’t be shocked to see Rebel as little more than a background character in AEW. She was never a star in Impact Wrestling and while she was charismatic, it isn’t like she would be a huge star in the company. Still though, it’s better than nothing so maybe this can lead somewhere for her. If nothing else, seeing people in random cameos like that can be fun, which was the case here.

What did you think of the surprise? Will Rebel stick around? Let us know in the comments below. 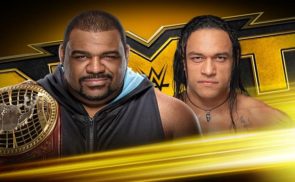