Who says serial killers can’t be entertaining? While he’s toned it back a bit on the main roster, Finn Balor made his Takeover entrances into a very entertaining event. He would almost always have a theme to his look based on the show’s location, including an awesome look at “Takeover: London”. Now he’s talked a bit about the thinking that went into it.

Balor recently spoke with “Rebellious Noise” about that night in London and the entrance in particular. He says that while the Jack the Ripper attire was his idea, the rest of the credit goes solely to the production staff who took his idea and ran with it. Here are his comments with transcription courtesy of Wrestlinginc.com:

“I’ve always tried to keep the paint somehow geographically referenced to the building I was in. In Brooklyn we did a lot of the gargoyles, that was a historical reference to Brooklyn. We tried to do something a little different in London, and it was the first idea that came to my head. The office, they went with it. I didn’t realize how well the production team were gonna shoot, and the screens they put right behind me making it look like the street, and even like this one shot when the camera pans out – I can’t even explain it.

“It’s one of the coolest shots where it’s like a silhouette of me but then because of the light and the way the camera moves you can actually see the paint there – it was mind blowing. As much as I’d like to take all the credit for how cool that looked, it was none of my doing at all. It was all of the camera men, the production crew, and the lighting crew. But that night in London was definitely a special moment, not only for the fact that I defended my title and my parents were there, so many of my old friends were in the crowd, and just being back in London after not knowing when I’d be back. It was kind of like a re-coming together of a lot of aspects of my life that I wouldn’t have thought would align. So it was pretty cool man.” 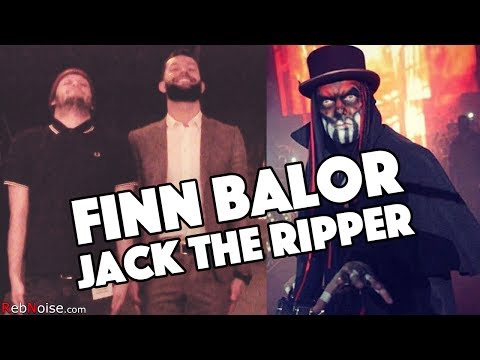 Opinion: Well it certainly was creepy. While it’s not the same thing, I remember what Randy Savage said about costumes (paraphrased): to look like a star, you have to dress like a star. Balor wearing the Jack the Ripper attire made him look like a deal and that’s what helped get him where he is today. 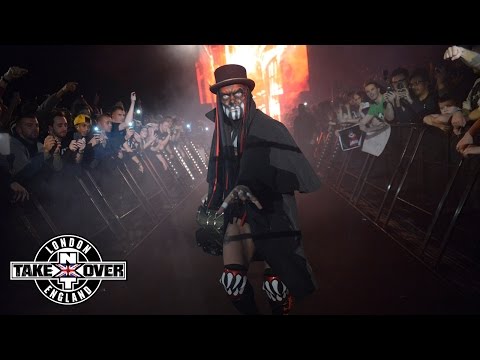 Did you like the outfit? What’s your favorite gear that people wear to the ring? Let us know in the comments below. 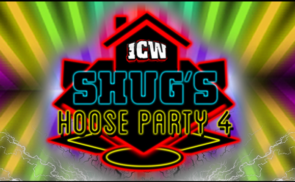 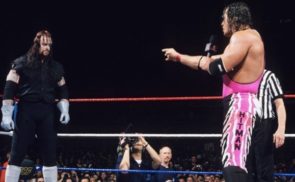