He has a history of this. Back on June 27, 2011, CM Punk entered into wrestling history by giving his infamous Pipebomb promo. The now legendary worked shoot speech saw Punk ranting and exploding about all kinds of problems he had with WWE and how he had been treated. It made Punk’s reputation as someone willing to speak his mind and now that has happened again in a different way.

Following AEW All Out, the company held its regular media scrum. During the event Punk, who won the AEW World Title in the show’s main event, went on several rants about various people in AEW, including Colt Cabana, Hangman Page, Kenny Omega and the Young Bucks, among others. These comments were made with AEW President Tony Khan sitting next to Punk. Here are some of the highlights, with transcription courtesy of Fightful.com:

“I haven’t had anything to do with Scott Colton in almost a decade. Probably wanted nothing to do with him even longer than that. It’s fucking unfortunate that I have to come up here and on this when I’m on my time and this is a fucking business.”

“Why I’m a grown-ass adult man and I decide to be friends with somebody is nobody else’s fucking business but my friends, if I fall backwards, will catch me. Scott Colton, I felt, never would have.”

“My problem was, I wanted to bring a guy with me to the top that didn’t want to see me at the top. You call it jealousy, you call it envy, whatever the fuck it is. My relationship with Scott Colton ended long before I paid all of his bills. I have every receipt. I have every invoice, I have every email. I have an email where he says, ‘I agree to go our separate ways, I will get my own lawyer, you do not have to pay anymore.’ That’s an email that I have. The only reason the public did not see is because, when I finally had to counter-sue him, through discovery, we discovered he shared a bank account with his mother. That’s a fact. As soon as we discovered that fact and we subpoenaed ol’ Marsha, he sent the email, ‘Oh, can we please drop all this?’”

“When it came down that he was going to sue me, I asked to talk to him. He refused. I asked for mediation, it was denied. I offered him money, he said it was not enough. He went ahead with the lawsuit and sued. It’s his fucking funeral, I don’t care. He shares a bank account with his mother, which tells you all you need to know about what kind of character that is.”

“The fact that I have to sit up here because we have irresponsible people who call themselves EVPs and couldn’t fucking manage Target, and they spread lies and bullshit and put into a medium that I got somebody fired when I have fuck all to do with him. Want nothing to do with him. Do not care where he works, where he doesn’t work, where he eats, where he sleeps. The fact that I have to get up here and do this in 2022 is fucking embarrassing. If y’all at at fault, fuck you. If you’re not, I apologize. What did I ever do in this world to deserve an empty-headed fucking dumb fuck like Hangman Adam Page to go out on national television and fucking go into business for himself, for what? What did I do? I didn’t do a god damn thing,”

Khan attempted to intervene, but Punk kept going on Cabana and Page:

“It’s not his [Tony Khan’s] position to make it clear.” “There are people who call themselves EVPs that should’ve fucking known better. This shit is none of their business. I understand sticking up for you fucking friends, I get it. I stuck for that guy more than anybody. I paid his bills, until I didn’t, and it was my decision not to. I’m trying to run a fucking business and when somebody, who hasn’t done a damn thing in this business, jeopardizes the first million dollar house that this company has ever drawn, off of my back, and goes on national television and does that, it’s a disgrace to this industry, it’s a disgrace to this company. We’re far beyond apologies. I gave him a fucking chance. It did not get handled. You saw what I had to do, which is very regrettable, lowering myself to his fucking level. That’s where we’re at right now.”

And On Hangman Page Alone

“Our locker room, for all the wisdom and brilliance it has, isn’t worth shit when you have an empty-headed idiot, who has never done anything in the business do public interviews and say, ‘I don’t really take advice.’ Who the fuck do you think you are?”

In addition, according to Fightful Select, Omega and the Young Bucks were “extremely pissed off”, with one AEW talent saying the three of them were threatening to walk out of the company. They had been planned to be part of the media scrum but an “adjustment” was made. This is also NOT seen as part of a storyline or work, though it is still possible. 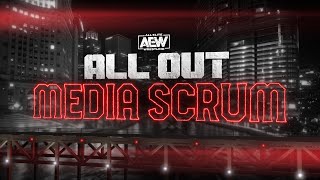 Opinion: Where in the world do you start with this kind of thing? Punk just went insane at a media scrum, and unless this is one of the best done works in wrestling history, Punk has blown the door off a lot of problems that promotion is having. There have been so many stories about issues behind the scenes and now all of this is said in such an awkward way. If they’ve got me worked them they deserve a lot of credit, but this was a blowup for the ages.

What did you think of Punk’s comments? Where do you see this going? Let us know in the comments below. 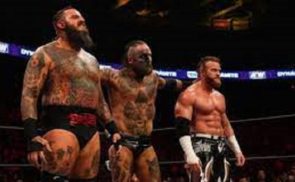 WRESTLING RUMORS: AEW Star Says Goodbye To Fans And Company At All Out 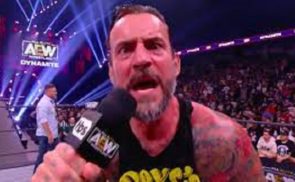