He isn’t done. There are all kinds of wrestlers in the world today, but only a handful really stand out. One of the true standout stars of modern wrestling is CM Punk, who made his return to professional wrestling last week on AEW Rampage. It was quite the moment, but it turns out that Punk was not done talking for the week. You just needed to have your camera on after the next show.

I think they like him. Check out Punk’s off-air speech (contains some strong language):

Punk made his AEW Dynamite debut during this week’s show, where he cut a promo on Darby Allin, his opponent at All Out. He would then return after the show to cut another promo after the broadcast went off the air. Punk, with Christian Cage and Frankie Kazarian in the ring with him, would talk about how the luster of his return would wear off, but until it did, he was going to milk the return for all it was worth. Cage said that Punk was a big deal and Kazarian praised both of them. The three discussed ice cream bars, with Punk revealing they would be on sale at All Out. Punk thanked the fans to end the night.

This should work. Check out what Punk has done in AEW so far: 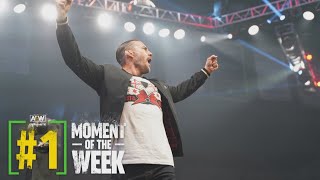 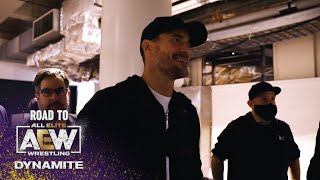 Opinion: Yeah I think he’s fine. Punk signing with AEW was an absolute game changer for them and the kind of thing that is still almost hard to believe. I’m not sure what is next for him in AEW after his match with Allin, but it is pretty amazing to see him actually be around. The ice cream bars seemingly being a thing, at least for a bit, is a nice bonus and I could go for seeing how far Punk’s AEW run could go.

What did you think of the promo? What is next for Punk after Allin? Let us know in the comments below. 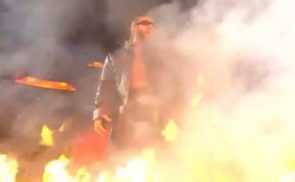 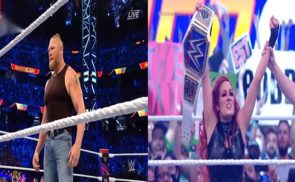