Hold tight because the show is not over. WWE presents a lot of television on any given week and it can be difficult to keep track of everything that they do. It doesn’t help that they company has so many wrestlers that sometimes they do not have enough time to get everyone on the shows. That being said, just because the cameras stop rolling doesn’t mean the action is over. That was the case this week as well.

There were two post show segments following this week’s WWE SmackDown. First up, Ronda Rousey came to the ring and addressed the crowd, only to be interrupted by Natalya. A fight broke out and Rousey cleared Natalya from the ring. Rousey had appeared on the show in a backstage segment with Liv Morgan. Next, Bobby Lashley successfully defended the United States Title against Austin Theory. Neither of the two had been on the show.

It was a busy night. Check out both post show segments: 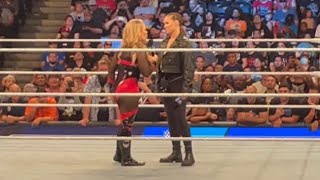 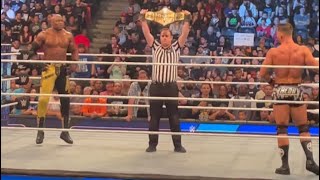 Opinion: That is the kind of thing that has to be done after a show like SmackDown, as the show is only so long in the first place. Fans are going to want more than some pre-show dark matches and two hours of TV. This is a smart way to go and gets some bigger names out there for a bonus, which is something WWE learned about a long time ago. It seemed to have worked as well so good for WWE.

What do you think of the match and brawl? Which did you like better? Let us know in the comments below.