(WATCH): The Big One. Braun Strowman Meets His Match And Teases A Huge Celebrity Match On SmackDown On FOX.

Sometimes you have to build for the future. On Friday night, SmackDown made its long awaited debut on FOX. With the move came a lot of pressure, as the company now had to succeed on a much higher level. That means that WWE is going to have to find new ways to get the fans involved. One of the ways might be to bring in fans of different sports, which may already be the case.

During this week’s SmackDown, Braun Strowman was involved in an eight man tag. During the match, Strowman stopped in front of former World Heavyweight Champion boxer Tyson Fury, who smiled at Strowman. Dolph Ziggler jumped Strowman from behind though and Fury was knocked down. After Strowman’s team won the match, Fury jumped the barricade in an attempt to get at Strowman but was held back by security. There is no word on Fury appearing for WWE again, though it is a possibility.

From one giant to another. Check out Fury and Strowman having issues:

Opinion: I don’t know if this is going to lead anywhere in the long run but it certainly seems that WWE is planting the seeds for something between the two monsters. Floyd Mayweather vs. Big Show worked rather well at WrestleMania 24 so maybe this can work well as a battle of two people more equal in size. It was a cool moment and that’s almost all you can hope for from something like this.

Are you interested in seeing the two of them fight? Where would you see it happening? Let us know in the comments below. 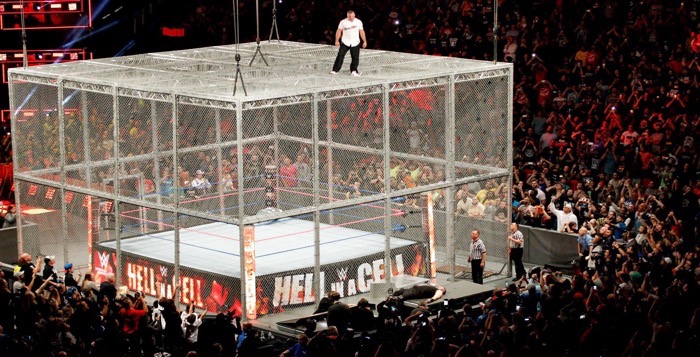