That’s a new direction. There are all kinds of ways to present a wrestling storyline and some of them are a lot more successful than others. The sign of a good one though is that it makes you want to keep watching and see what happens. Every now and then, you see one of these take place and that is the case again. Now we might be seeing a new direction for the storyline.

Over the last few months, Baron Corbin has come across some hard times on WWE SmackDown. After losing his King’s Crown to Shinsuke Nakamura on June 18, Corbin has had one horrible stroke of luck after another. Corbin has lost his money, his car, his family and his home. There is very little left for him to lose, but things might be turning around a bit.

This is a near saga. Check out what happened to Corbin in Las Vegas:

Corbin has posted a series of videos to Twitter, starting with a video from after Summerslam. In the video, Corbin said that he was ready to file for bankruptcy as he only had $35 to his name. The second video shows Corbin going to a casino and turning his $35 into $100, saying he would use his money to buy dinner and a new shirt.

Corbin then took his $100 and turned it into $1,300 playing video poker, followed by making even more money playing craps. In the final video, Corbin, in a new shirt checked into the presidential suite at a hotel, followed by a photo of him having an expensive dinner. He did not say how much money he had left.

A feast fit for a KING. Enjoy #MoistTV @loganpaul, I’m going to enjoy this 42 Day-Aged Ribeye and all the luck that’s coming my way! pic.twitter.com/OLlhJ8N00N

Opinion: Sure why not. This is the kind of thing that could change things up a bit and that could make for an interesting twist in the whole thing. Corbin has lost so much in the last few months that it is more pathetic than anything else. I could go for seeing what happens to him next, which really has to be something good after all of the calamity. Then again, it isn’t like that has been the case as of late.

What do you think of the Corbin story? Where do you see it going? Let us know in the comments below. 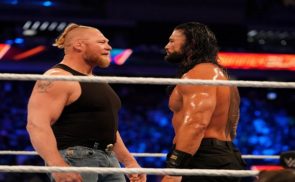