There’s your shot across the bow. AEW and WWE are the two biggest and most powerful wrestling companies in the United States, if not the world. They have been competing against each other for the last few years now, occasionally with one company taking a not so veiled shot at the other from time to time. That was the case again this week, and it was a rather fast turnaround.

Earlier this week, WWE released 18 wrestlers from the company in its latest round of roster cuts. This week on AEW Rampage, Max Caster rapped his way to the ring, including a line saying that Bryan Danielson’s father in law ended several careers. Danielson’s father in law is John Laurinaitis, the WWE Head of Talent Relations, who sent out the email announcing that the wrestlers had been released.

That was a bit harsh. Check out the full rap, with several more lines, plus some more of Danielson in AEW: 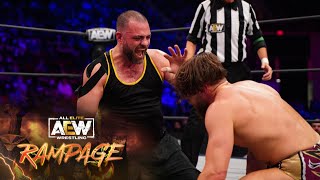 Opinion: This is one of the places where Caster can be rather entertaining, as the incident he was referencing took place about thirty hours before his rap and yet here he is with a personalized insult. You might not like what he said, and fair enough as it involved a lot of wrestlers losing their jobs, but at the same time it certainly got Caster some attention. If Caster can back up the talking in the ring, AEW has quite the star on their hands.

What do you think of the rap? Which company is doing better at the moment? Let us know in the comments below. 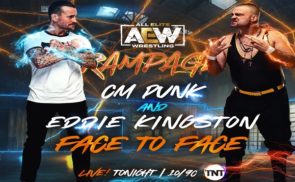 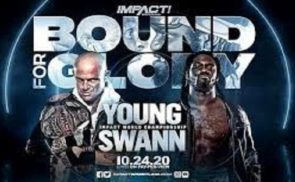