I think he’ll be ok. AEW has quite the collection of talent throughout its roster, with several different kinds of wrestlers included. This allows them to have a variety of matches, some of which can be different than their norm. However, that might not be the case for the time being, as one wrestler’s roster status has been changed thanks to a certain less than happy boss.

Last week on AEW Dynamite, Wardlow requested that Maxwell Jacob Friedman release him from his contract, freeing him to do whatever he wanted. This week, Friedman turned down the request and promised to make Wardlow life a nightmare. As a result, Wardlow’s profile has been removed from AEW’s website as part of the storyline. Friedman commented on the change on Twitter, asking “where’s Wardlow?” and laughing.

Opinion: This is the kind of detail that makes an AEW storyline feel that much more realistic. Of course there is something in the works for Wardlow to come back and maul Friedman, but at least the company is trying to do something to make it more interesting. It’s that extra little step that you might not get elsewhere and that makes the story that much better.

What do you think of the feud? How will their first match go? Let us know in the comments below. 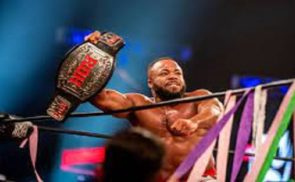