That’s in a name. The right name is one of the most important parts of a wrestler’s presentation. Going with the right name can make a career while going with the wrong choice can cripple a wrestler’s run right out of the gate. Sometimes you will see a wrestler change their name to something better or worse and now we have another interesting change taking place.

This week’s NXT featured the full time debut of Walter, who has moved over from NXT UK. Walter defeated Roderick Strong in the show’s main event before grabbing a microphone. Following the match, Walter said that the winner of the match was “Gunther”, leading to a brawl between Imperium and the Creed Brothers to end the show. This comes on the same day PWInsider is reporting that WWE has filed a trademark for the name “Gunther Stark”, which is the name of a Nazi U-Boat commander during World War II. The name “Stark” was not used during the show.

Opinion: This is the kind of thing that seems like it could have been solved by a quick Google search. I can get that WWE felt the need to change Walter’s name to something else, but for some reason this was as good as they had in this case. Changing his name to Gunther isn’t the worst thing, but you would think they could have just taken care of these things in a hurry and never had this problem in the first place.

What do you think of the name change? How far can he go in WWE? Let us know in the comments below. 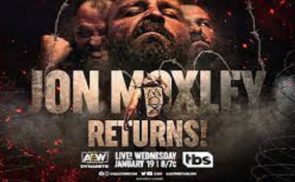