Even the Viper can be human. Randy Orton has been around WWE for a very long time now and has the kind of resume that only some can come close to achieving. At the same time he has a less than perfect backstage reputation, with a long history of maturity issues. Those issues have toned down a bit in the last few years though as Orton has become a father and seemingly matured quite a bit. That makes for an interesting mixture, and that was on display in a new interview.

Orton is known as one of the more vicious and calculating in-ring performers with a strong mind game to go with his physical offense. This is part of what has made him a thirteen time World Champion and there are few wrestlers who can match his stone cold nature. One of his more prominent storylines in the company was over his inability to control his anger. But what about another emotion where he couldn’t control himself?

Orton was one of the guests on this week’s episode of the After The Bell podcast. During the show, Orton took part in the Electric Chair series of rapid fire questions. One such question was what was the last thing that made him cry. Orton said that it was when he was watching Avengers: Endgame and saw Captain America wielding Mjolnir (Thor’s hammer). Orton is currently scheduled to be part of Team Raw at Survivor Series.

Orton is a complex guy. Check out a clip of the podcast and his most recent match: 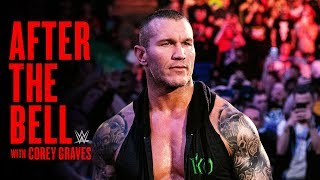 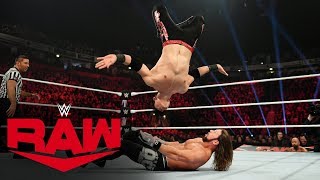 Opinion: This is something where the answer might have surprised you and that makes for some more interesting listening. The movie was quite the hit but there is something odd about hearing a WWE wrestler talking about something so specific. Orton is also not the kind of person you would expect to hear talk about something like this, so maybe they are on to something with the question format.

What do you think of Orton? How many more World Titles will he win? Let us know in the comments below.