Remember that one? Vince McMahon is one of the most unique people in all of wrestling and perhaps in the world in general. One of the biggest things you probably know about him is his incredible wealth, which allows him to buy almost anything he wants. That is the case with his car collection, one of which was used in a pretty infamous segment on Monday Night Raw. That was over twenty years ago and now the car has actually been found.

Back on the October 12, 1998 Monday Night Raw, Steve Austin destroyed one of McMahon’s Corvettes by filling it with cement. This is one of those things that only Austin could get away with, but McMahon lost his mind, as only he could. The Corvette was ruined and the clip has been played many times over the years. It was quite a car to destroy, and yet somehow, it is still around.

According to Autoevolution.com, the Corvette was found, along with a Lincoln hearse and two spotlights, in a warehouse in Norwalk, Connecticut. The Corvette is now full of plants, with the man who found it, Jim Cooper, describing it as a garden. There is no word on how long the car has been in the warehouse. The original segment was filmed in New York City, about fifty miles from where the Corvette was found.

Well what else could this be? Check out the original segment:

Opinion: This is something that absolutely fascinates me as it raises all kinds of questions. I’d love to know what Cooper thought when he found a rather expensive car that was not only full of cement but also looking like a jungle because it had been sitting there so long. That’s a once in a lifetime find and something that even has a bit of history to it. It’s a cool story and something you don’t expect to hear about twenty plus years later.

What did you think of the segment? What is the best vehicle destruction in wrestling history? Let us know in the comments below. 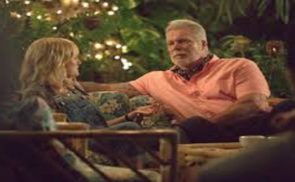