You wouldn’t like him when he’s angry. Vince McMahon is the most powerful person in all of wrestling and that is not going to change anytime soon. He can do whatever he wants in the wrestling industry and as a result, you would not want to be on his bad side. If someone does something that he doesn’t like, their careers could be altered in a hurry. That might be the case with two big WWE names.

One of the rules of wrestling is that you shouldn’t build to a match that isn’t going to happen. If you are teasing that a match is going to take place, it better be something that is going to be taking place at some point in the future. If that isn’t the case, why are you wasting the fans’ time and interest in getting it ready? Two WWE names are doing something just like that and the boss isn’t happy.

According to Wrestling Observer Live, McMahon was not pleased by Randy Orton and Tommaso Ciampa’s weekend Twitter argument. The two got into an argument over wrestlers in NXT using leg slaps, with Ciampa coming back and saying that he is using Orton’s matches to put his daughter to sleep. There are no plans for a match between Orton and Ciampa so McMahon does not want them arguing in public. It is not clear if Orton and Ciampa were actually mad at each other or if they planned this in advance.

Both guys are very talented. Check out what they can do in the ring:

Opinion: I can get McMahon’s thinking here and it is something that makes sense. Seeing wrestlers argue on Twitter is going to get some fans’ interest up and that isn’t a good thing if the match isn’t going to happen. Otherwise it is just going to disappoint them and you never want that to be the case. Just send each other texts on your phones or something instead of doing it in public like this.

Would you want to see Orton vs. Ciampa? Should McMahon be mad? Let us know in the comments below. 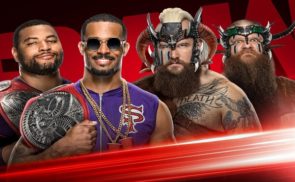 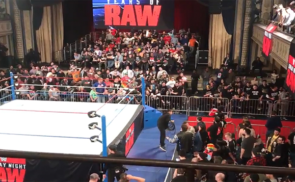