I’d hope he’s happy. Vince McMahon might not be the most popular person among wrestling fans, but he is still by far the most powerful person in the wrestling world. If McMahon does not like something, very little else is going to matter for the time being. At the same time, if McMahon does approve of something, it could go a long way in a hurry. That might be the case again.

In a new interview with GiveMeSport, Big E. talked about meeting with Vince McMahon just after he won the Money in the Bank briefcase earlier this month. While Big E. could not remember anything specific that McMahon said, he felt that the conversation was positive and that McMahon smiled at Big E. The conversation did not last long as Big E. had to do interviews, but nothing negative was said in their minute long talk. Big E. already has some interesting plans for his briefcase, which McMahon might need to approve.

The two do have a bit of a history. Check out the match that made McMahon smile and his time with Big E: 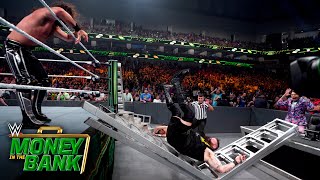 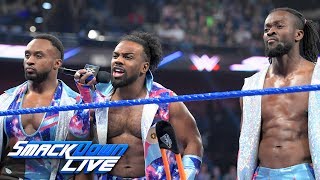 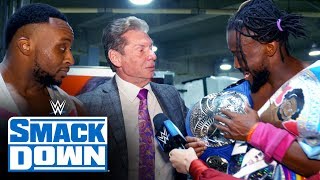 Opinion: This could make for an interesting future, as Big E. has seemed to be ready to break into the main event scene for a very long time now. I’m not sure when or even if that is going to happen, but the briefcase would seem to be a good sign for his future. If Big E. has McMahon’s approval, it could go a long way towards allowing him to become one of the top stars in WWE.

What do you think of Big E.? Will his cash-in work? Let us know in the comments below. 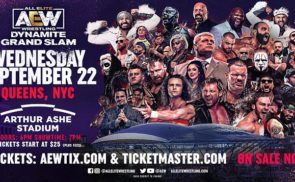