Vince McMahon Has His Eye On Someone New

The boss has an idea. Vince McMahon is the biggest and most influential mind in all of professional wrestling. No matter what is going on in WWE, McMahon is the one person who can make a decision about something and change the course of wrestling at the drop of a hat. If McMahon likes you, you could be in for a major push. That is the case for someone new on Monday Night Raw.

Back in May, Becky Lynch announced that she was pregnant and would be forced to vacate the Raw Women’s Title. Women’s Money In The Bank winner Asuka was named the new champion as a result, but there was still a large gap at the top of the division which could be filled in by someone new. The division has picked up some new stars since then, and now one of them has caught McMahon’s eye.

According to Wrestling Observer Radio, the two women who have caught McMahon’s eye are Peyton Royce and Bianca Belair. Royce had been named in such a way before but Belair is a new addition. Belair was featured on this week’s Monday Night Raw with a vignette showing her training abilities while Royce lost to Asuka via disqualification when Zelina Vega interfered. There is no word on what is next for either woman.

Both of them were on display this week. Check out what they did on Monday Night Raw:

Opinion: I’m not sure what to think of this as McMahon seems to have someone new on his radar on any given day. It gets a little tiresome to hear a name get brought up and then see them do nothing. Maybe that can change this time around, but it is a case where I will believe it when I see it. Belair and Royce both seem to have futures, but if McMahon isn’t behind it, not much is going to happen as a result. 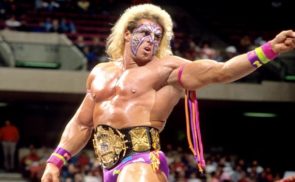 REVIEW: Clash Of The Champions #35: Wrap It Up