It’s like a championship! The year is wrapping up and a lot of people are likely rather pleased with that being the case. We are on the way to a new year but that also means that we are looking back on what took place over the course of the year. WWE has had a lot of problems in 2020 but it has also had some good news. Now WWE is rewarding those great things.

Back in 1986, WWE introduced the Slammy Awards as a tongue in cheek look back at the best parts of the year. This made for some interesting shows as the awards have been presented on and off over the years. The awards have not been around since 2015, but this is a unique year and that means it is time to bring them out of mothballs, which was done this week.

WWE presented the 2020 Slammy Awards on Wednesday with the ceremony airing on the Bump. There were seventeen awards presented during the show, with several guest presenters and R-Truth as the host. These awards only count for Monday Night Raw and SmackDown, as NXT has its own awards which will be presented next week. Here are the categories and winners:

The winners had something to say. Check out the full show and the winners speaking:

Opinion: This is the kind of thing that is pure fun and I can go with putting it on the Bump rather than going with a full edition of Monday Night Raw. The awards are quite the nice idea and if you just have a little fun with them, they can be a rather nice way to end the show. I could go with these things taking place in this format every year and hopefully they keep doing this again and again. 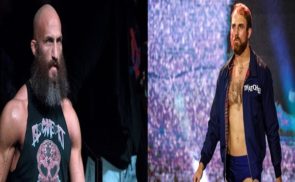 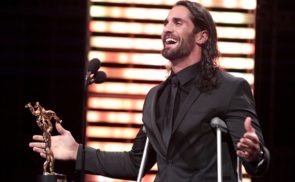