I know you! There are all kinds of wrestlers in WWE history but some of them are better known than others. If there is one thing that WWE loves to do, it is promote their famous names of the past, which has worked very well over the years. WWE has quite the group of stars of the past, many of whom show up every now and then, with one of them showing up again this week.

The Million Dollar Man Ted DiBiase, WWE Hall of Famer, made an appearance on this week’s NXT. DiBiase appeared in a segment with Cameron Grimes, showing off the fact that he owned a watch that Grimes was buying and giving his signature laugh. This comes after Grimes has been feuding with DiBiase, who had not appeared on the show, over not being able to make fans perform the same humiliating stunts for money.

DiBiase wrestled in the WWE from 1987 until 1993 when he was forced to retire from the ring due to a neck injury. Throughout his time with the company, DiBiase portrayed a rich man who would use his money to humiliate other people and often tried to purchase anything he wanted, including Hulk Hogan’s WWF Title. Following his retirement, he worked as a commentator, manager and backstage for the company. He has made occasional appearances since retiring from wrestling for good.

Fancy meeting you here. Check out DiBiase’s appearance on the show: 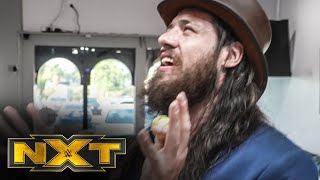 Opinion: This is the kind of thing that works so well for the legends and thankfully NXT knows exactly how to make it work. DiBiase is perfect in the role and NXT set up the appearance rather well. It could have done just as well with no build, bu by making you wonder when the appearance was coming, it was made rather good in a different way. I’m not sure if DiBiase will be around again, but it is great to see him doing what he does better than almost anyone in history.

How did the appearance go? Which other legends would you like to see appear? Let us know in the comments below. 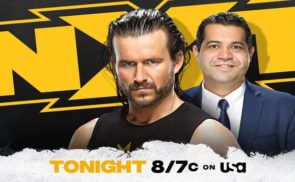