Hopefully it isn’t too bad. Just like in other sports, there are all kinds of injuries in wrestling. You never know when you are going to see someone go onto the injured list and miss some ring time. To make things even more complicated, there is always the chance that the injury is part of a storyline and not legitimate. It seems that the latter is the case this time.

WWE announced an injury update to Cesaro during this week’s edition of Talking Smack. Cesaro is said to have suffered a cervical strain due to an attack at the hands of Seth Rollins during this week’s SmackDown. Cesaro defeated Rollins in their match via disqualification when Rollins used a chair, with Rollins attacking Cesaro after the match ended. There is no word on how long Cesaro will be out of action.

It was a brutal one. Check out the announcement, the match, plus what Cesaro can do when he is healthy: 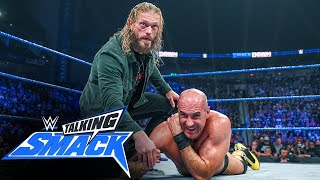 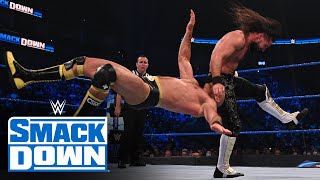 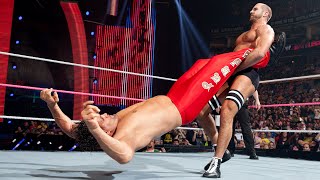 Opinion: Cesaro is someone who continues to perplex me in WWE. He has all the tools needed for a consistent push, but for one reason or another, WWE will not go there. I understand that he is not likely to be a main eventer, but he has fallen like a rock after his win over Rollins at WrestleMania. You would think WWE would be able to find something for him to do out there but it hasn’t clicked yet.

What do you think of Cesaro? What should he do when he gets back? Let us know in the comments below.

AEW All Out 2021 Preview, Predictions And Thoughts