Hiding in plain sight. We are in a weird time for wrestling as you never know what changes might be taking place at the drop of a hat. However, there is still wrestling going on at any given point. This includes some of the usual situations that you see at any given time and that was the case on Wednesday night. This time though, you might not have noticed what you were seeing.

Like any other wrestling promotion, NXT is a place where wrestlers come and go on a regular basis. This means that you are going to see different wrestlers show up every now and then, though the trick is to come up with unique ways to make their appearances more impactful. NXT knows how to do this fairly well, and this week seems to have included a not so obvious debut.

This week’s NXT ended with Johnny Gargano and Candice LeRae walking to their car in the parking lot after Gargano defeated Tommaso Ciampa. They walked past a car on the way and Killer Kross and Scarlett Bordeaux were visible inside. This would mark the on-screen debut of both, though Kross vignettes have been airing for weeks, including one which interrupted a Gargano/Ciampa segment on March 25.

You need to look closely. Check out the clip at the end of the show:

Opinion: This is an interesting way of debuting someone as it isn’t the usual way of going about things. NXT is pretty good at coming up with some fresh ideas like this and hopefully the followup is just as good. Kross is a great character and his real life relationship with Bordeaux should make for a good on screen pairing. I’m curious to see where it goes and that’s a nice feeling to have.

What do you expect from everyone involved? Who will benefit the most? Let us know in the comments below. 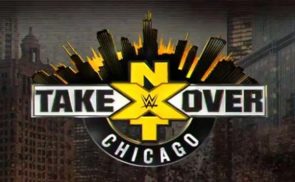 Bad News For AEW Double Or Nothing