Add it to the Jericho resume. Wrestlers are in a weird place when it comes to acting. While it’s true that they do something similar to acting when they are on a wrestling show, critics will say that they are only wrestlers. That is a very hard stigma to shake and does not leave them with many options should they attempt to make a foray into acting. One big name star is trying it again though and has gotten some pretty big exposure.

There are very few wrestlers in history who have had the career of Chris Jericho. Not only has he been one of the most successful stars in all of wrestling but he has managed to expand into all kinds of media, from music to radio to podcasting and several other points in between. That takes incredible talent, and now he is getting further into another field, one where he has dabbled a bit before.

This is a big deal for him. Check out Jericho’s latest film project:

A new trailer has been released for the horror comedy film Killroy Was Here, directed by Kevin Smith, which will feature Jericho in the role of the Gator Chaser. Jericho can be seen multiple times in the trailer, including a shot where he appears to be facing an alligator. The film is based on the Kilroy Was Here graffiti, which became popular in World War II. It is scheduled to be released some time next year.

Opinion: Jericho is the kind of person who could fit in rather well in something like this. He knows how to talk to a camera and be a presence on screen so maybe it could give him something in the way of an acting career. There have been some wrestlers who can make this work and maybe Jericho can do the same. You never know how well it could work so it is certainly worth a try.

What did you think of the trailer? Which wrestler would make the best actor? Let us know in the comments below. 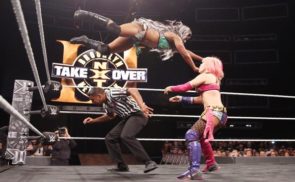 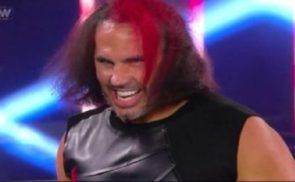