Ok so I laughed a few times. Comedy in wrestling is a really hard thing to pull off. Just like so any other group of people, wrestlers can be funny or not, just based on their natural charisma. There are wrestlers who could be entertaining reading the phone book and there are some who couldn’t make the funniest script ever written work. Some of these things are funnier than others, but WWE has some great stuff to pick from.

That’s twice in a week for the coffee thing. 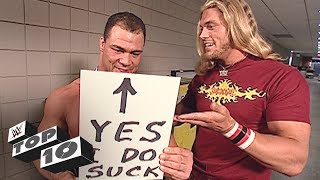 WWE has released a new Top Ten list, looking at the ten funniest backstage segments in WWE history. Some of these go back quite a long way, with some being over fifteen years old. Some are newer as well of course and feature a wide range of Hall of Famers and some of the best of all time. There’s a little bit of everything in the list and a few hidden gems thrown in as well.

Opinion: I know these things don’t work so well a lot of the time but some of these were absolutely hilarious. The Rock/Hogan/Kane one is a long time favorite of mine with Rock mouthing “Kaneannites” cracking me up every time. They know how to do things in a funny way, but they also know how to play off of all these characters very well. You can take wrestlers who have established themselves and make them do funny things, often as a surprise like with Kane here. Check this one out as it’s rather entertaining stuff.

Which of these is your favorite? What did WWE leave off? Let us know in the comments below. 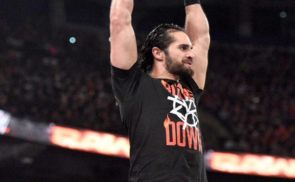 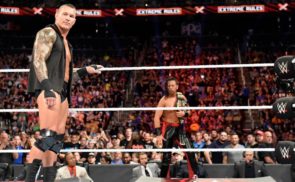