It was nice while it lasted. Women’s wrestling has come a very long way in WWE in the last few years, as it has gone from a complete joke to something actually worthwhile. The company has built up a roster with some depth and women’s matches are treated as big deals these days. There is even a tag team division, though now one of those teams seems to be no more.

Liv Morgan and Rhea Ripley unsuccessfully challenged Sasha Banks and Naomi for the WWE Women’s Tag Team Titles this week on Monday Night Raw. Following the match, Ripley blamed Morgan for the loss and attacked her, seemingly ending their team. Following the attack, Ripley said that she did not owe anyone an explanation for the split. Ripley and Morgan only began regularly teaming together in early March of this year.

This didn’t go well. Check out how the match and split went down: 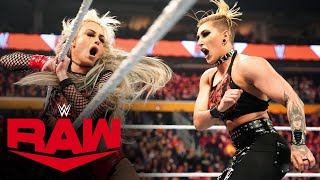 Opinion: I’m not sure if this is the biggest surprise as the two of them seemed ready to be split up for a few weeks now. What makes it even worse though is the fact that the team was put together and then split up in less than two months. WWE really can’t come up with anything better than splitting up a team after putting them together that fast? It’s quite a stretch but WWE loves doing this time after time.

What do you think of the split? What is next for both of them? Let us know in the comments below. 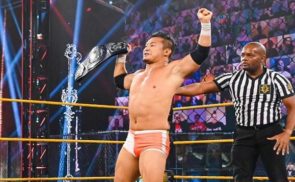