Nice to see you again. This has been a completely off the wall year for the wrestling business and WWE has faced its share of problems as well. There are only so many things that can be considered normal this year and a lot of wrestlers have been missing in action for one reason or another. The Coronavirus is near the top of that list but now one major name seems ready to return.

One of the more important names to be taken off of television due to the pandemic was Jordan Devlin. This was an even bigger problem when you factor in Devlin was the Cruiserweight Champion when he was forced to the sidelines. With no way to leave the United Kingdom to defend the title, Devlin was somewhat forgotten about. That seems to have changed on Thursday.

During this week’s edition of NXT UK, Devlin made his first appearance since March, declaring himself to be the real Cruiserweight Champion and holding up the title. Devlin has been the Cruiserweight Champion since January, though there is no word on when he will be back in the ring. During his absence, Santos Escobar won the Interim Cruiserweight Title, though the “interim” title was dropped. Escobar responded to the video, quoting Triple H, who said Escobar was still the real champion.

The champ looks solid. Check out his comments, Escobar’s response, and the champs:

“THIS is the one REAL Cruiserweight Championship of the World!” – @Jordan_Devlin1

Opinion: I’m not sure what this is going to mean for the Cruiserweight Title but it could be interesting to see where things go. Devlin being back could do a lot of good for the title and the division, but Escobar has been doing just fine in his absence. I could go for seeing the two of them having a big unification match later, but we might be a good time away from that going down.

Which champion do you like more? When will they face off? Let us know in the comments below. 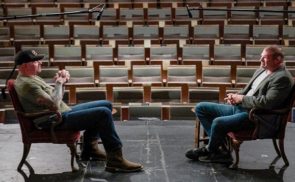 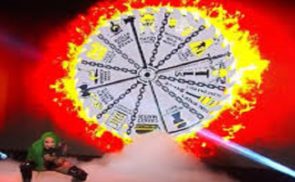