Nice to see you again. Back in April, WWE released more than two dozen wrestlers from their roster. That is the kind of thing that you don’t get to see very often in WWE and it was a rather dark day for a lot of people. It wasn’t clear where things were going for everyone involved and that makes for some sad moments all around. Some people are a little luckier than others, and now we know what one of them is doing for the time being.

One of the questions that came around from the releases was where people were going to wind up. Most of the wrestlers seemed ready to move on to another promotion to see what they could do elsewhere. It wasn’t clear where some of them would go, but there was the chance that they might wind up back in WWE someday. That day came sooner than later for one name.

This week on Monday Night Raw, Heath Slater made his return to the show and called out WWE Champion Drew McIntyre. Slater talked about the two of them being friends for years but McIntyre never called after Slater was released. This set up a match between the two, with McIntyre defeating Slater in less than thirty seconds. Slater’s appearance does not mean that he has been re-signed, as WWE can still use their released wrestlers during their ninety day no compete clause.

Slater was certainly good at what he did. Check out the return and some of his better time in WWE:

Opinion: I’m not sure what to expect in Slater’s future, but it was kind of nice to see him get one more spot on the big show. At the end of the day though, Slater was never a big star or someone who made the biggest impact in the company. That’s fine enough, as he was a name on television for a long time. That is going to keep him as busy as he wants to be on the independent circuit for a long time to come. That’s a lot more than some people get to say.

What do you think of Slater? Where will he wind up? Let us know in the comments below. 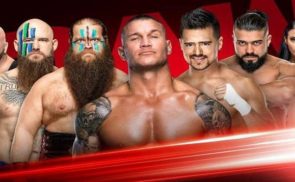