It’s certainly a story. There are almost no Hollywood celebrities bigger than the Rock. He is one of the biggest stars in the world and has had movie hit after movie hit. Couple that with his huge success in wrestling and there are very few names anywhere near his level. While he occasionally pops up in wrestling again, most of his time is spent making movies. That was the case over the weekend, but he had a little fun on the side.

Over the weekend, the Rock and Danny DeVito were working on their upcoming Jumanji sequel when they heard a wedding reception taking place on the floor above them. The two wound up going to the reception and even sang a song to the newlyweds and their family. There were several cameras around and the scene was likely to have been staged. Rock posted the video to his Instagram page and offered congratulations to the newlyweds and their children.

This is one for the books. Check out the wedding crash:

Opinion: This is something that is only going to happen once in awhile and yes parts of it are clearly staged. That being said, it’s still a cool moment and something that the family can talk about for the rest of their lives. You can see the shock and surprise on some of their faces and that makes it a special moment. It wasn’t at the wedding itself so as long as everyone there was ok with it, let them have a special moment like this.

Are you going to be seeing the new Jumanji movie? What is your favorite of Rock’s acting roles? Let us know in the comments below. 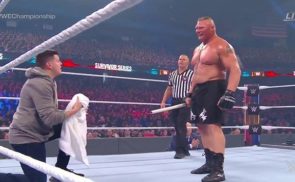