There’s the change. Sometimes in wrestling, including WWE, you need to change someone up. That could come in a variety of forms and some of them are better than others. One of the best ways might be to just change the wrestler’s name. The old name might not be one with the best reputation so just starting from scratch can help. If it is someone you don’t even recognize, it might be even better.

While there is a good chance that you don’t regularly watch the show, 205 Live has been doing some nice things in recent weeks. The show basically started from scratch and is building things back up, which means that there are some spots available for fresh talent. One of them has been getting a little somewhere, and now he has appeared on NXT under a new name.

During this week’s NXT, 205 Live wrestler Tehuti Miles appeared under the name Ashante “The” Adonis in a loss to Velveteen Dream. Adonis has been wrestling as Miles on 205 Live and occasionally NXT for most of the year, though he has only won one singles match. Over the last few weeks, Adonis has been facing various cruiserweight veterans, who are trying to explain to him how to be more serious and stop worrying about his fashion. There is no word on whether Adonis will be a regular on NXT going forward.

You might not have caught it. Check out the old and the new:

Opinion: This is one of those moves that might not make a difference, but at the same time they might be trying to do something new. Adonis had been getting something of a push over the last few weeks, or at least a story. Tehuti Miles was not the best name and the fashion deal was only going to get him so far. Adonis is better, so maybe this could be a fresh start for him.

What do you think of the change? What can Adonis do in NXT? Let us know in the comments below. 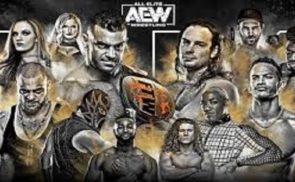