You have to start somewhere. You may not realize it because we are so freshly removed from Survivor Series but Tables, Ladders and Chairs is in less than two weeks. The show is the final pay per view of the year (and the decade) and it would make sense to start setting up some matches for the show. That hasn’t been the case on WWE television as of yet though with no matches actually announced yet. However, the venue may have their back.

Tables Ladders and Chairs is a fairly simple show, with matches built around the three objects, along with a Tables Ladders and Chairs match, usually in the show’s main event. There are occasionally other matches thrown in with different stipulations or none whatsoever, all of which can combine for an interesting card. So what is on tap for this year’s show so far?

The Target Center in Minneapolis, Minnesota has put out a video advertising three different matches for the December 15 card. First up is Roman Reigns vs. King Corbin in a tables match. This goes against the rumored dog collar match between the two of them. Second is Charlotte and Becky Lynch challenging the Kabuki Warriors for the Women’s Tag Team Titles in the first ever women’s tag team Tables Ladders and Chairs match. Finally there is Rusev vs. Bobby Lashley in a regular singles match. Unless another match takes place beforehand, this will be the first Lashley vs. Rusev match.

They’re ready to go. Check out the show’s ad from the Target Center:

Opinion: This is something that has become a trend in recent years and I really don’t like it. Why in the world would you not want to have the card set up earlier than this? I know WWE does not have a lot of time between their pay per views, but maybe they should come up with something a little more efficient. Can’t they have the plans ready before Survivor Series even takes place so they can be ready to set this show up as soon as possible? I don’t get why they won’t and it’s a rather annoying problem.

Which of these matches sounds best? What would you add to the show? Let us know in the comments below. 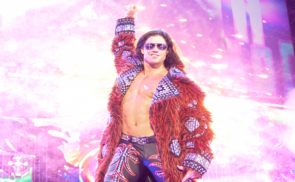 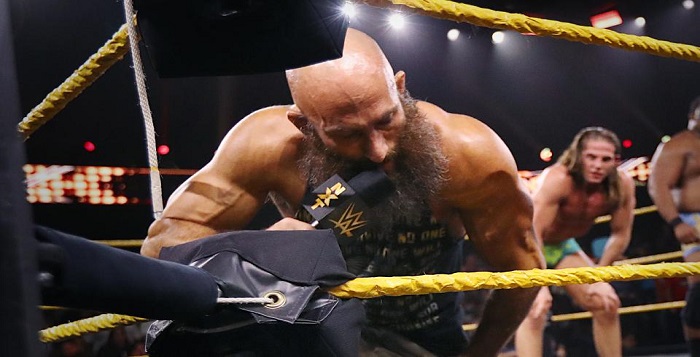