It’s a pretty big stage. Wrestlers are in a weird place when it comes to being celebrities. They are regularly on television, but more often than not, they are going to be seen as wrestlers and nothing more. That does not give them a ton of options for spots on television outside of wrestling, but a certain wrestling legend appeared on a pretty big show this week.

The Women’s Revolution has changed quite a few things about the wrestling world and those changes have been positive. Instead of having women’s wrestling be little more than filler on television shows, the divisions have become a featured attraction on WWE. That is some amazing progress, but the current generation needed the road paved. One of those pavers was on a high profile show outside of the wrestling world.

Amy Dumas, better known as Lita, appeared on this week’s episode of the Bachelorette. Dumas appeared with UFC fighter Tatiana Suarez on the show as part of a wrestling and mixed martial arts training session. The two helped train the contestants for a grappling competition, though Suarez did the majority of the talking. Dumas last wrestled on the October 29, 2018 Monday Night Raw.

It was a cool moment. Check out Dumas’ appearance on the show:

Opinion: That’s a cool moment for Dumas as the Bachelorette is one of the bigger hits on TV today and it’s nice to see a wrestler get this kind of attention. Dumas really was one of the bigger stars of her era and a trailblazer for what we are seeing today. How many wrestlers of today’s era cite her as the inspiration for their current careers? That is so important and she did it rather well.

What did you think of Dumas? Will she wrestle again? Let us know in the comments below. 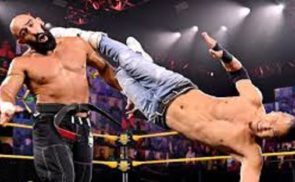 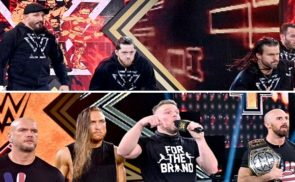