Keep things going. The wrestling world has been turned upside down by the Coronavirus pandemic and that seems like it is going to be the case for a long time to come. With so many changes already having taken place, both wrestling companies and fans are trying to find something normal to make things feel better. That is the case with AEW shows and it had a benefit this week.

Earlier this summer, AEW began allowing fans to attend their shows, albeit at a limited capacity. Either way, a few thousand people is a lot better than having no one in the arena and that is what AEW learned in a hurry. Suddenly there was an instant feedback and someone there to play off of all night. The fans get a treat as well as they get to see what is going on in person, including what happened after the show went off the air.

You can feel the intensity. Check out what ended the night:

A video from after this week’s AEW Dynamite went off the air has made its way online. The show ended with Eddie Kingston attacking World Champion Jon Moxley and choking him out after a successful title defense. After the show went off the air, Kingston cut a promo on Moxley, saying that Moxley forgot about their friendship and went to WWE to make millions of dollars. Kingston promised to end Moxley’s career and make him quit the wrestling business. There is currently no match scheduled between Kingston and Moxley.

Opinion: This is one of the places where AEW shines. Not only do they have some great talkers who can make you want to see a match, but they have also managed to take what was a thrown together situation caused by Lance Archer being unavailable and turned it into this. I want to see these two fight and an I Quit match would make all of the sense in the world. Do something like that and see where it can go, which is what AEW seems to understand.

What do you think of the feud? Where do you see it going? Let us know in the comments below. 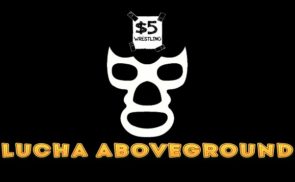 REVIEW: $5 Wrestling Lucha Aboveground: Get In On The Joke