VIDEO: Goldberg Returns To Monday Night Raw With A Challenge

Welcome back. There are certain legends in wrestling who make a bigger impact that others. It can be all the more impressive if they were not at the top of the world for all that long, as it means they made that much of an impression. There are certainly such names in WWE today, and one in particular made his return to WWE television this week with something to say.

Goldberg made his return to WWE television this week on Monday Night Raw. After being injured at the hands of Bobby Lashley at Summerslam, Goldberg swore revenge after Lashley attacked Goldberg’s son after their match. There has not been a rematch announced between the two, though a match has been rumored for Crown Jewel, which is scheduled for October 21 in Saudi Arabia.

He’s back. Check out Goldberg’s return and what set this up: 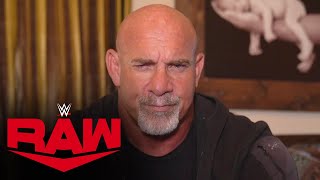 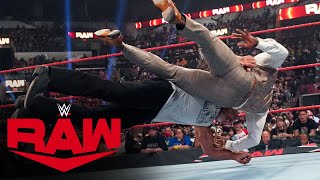 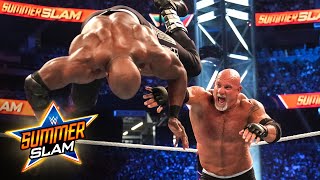 Opinion: It’s good that Goldberg is back as the story needs to be wrapped up, though I’m not sure how much interest there is in seeing that story. Goldberg is still a legend, but having him in one main event story after another isn’t the greatest thing in the world. The match is all but guaranteed for Crown Jewel, and in theory that should be the end of it, which would be the right move.

What do you think of Goldberg’s return? How do you expect the match to go? Let us know in the comments below. 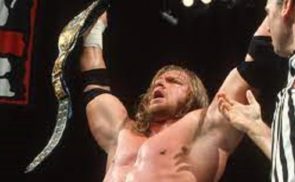